A Photographic Guide to Ferns of New Zealand

Ferns occur in great abundance in New Zealand – there are nearly 200 native species alone occurring everywhere from the coast through to the country’s alpine regions. Then there are the fern allies – including clubmosses and forkferns that have an even longer fossil history than ferns. However, most of the ferns and fern allies described in this guide are the commoner species that are more likely to be seen when journeying around the New Zealand countryside. For ease of reference the common names are highlighted in the text although all species described are listed according to their scientific names so that their affinities with related species may be seen more easily. 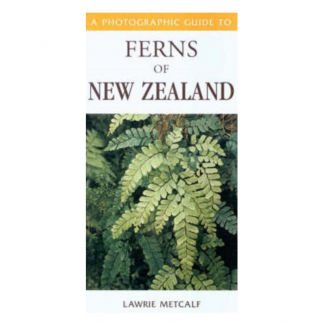 You're viewing: A Photographic Guide to Ferns of New Zealand $27.90
Add to cart